“He is such a hot horse that I rode him three times today,” said Graves, 30, who trains with Debbie MacDonald. “We brought him out at lunch time and with the wind he was a little crazy and we were a little concerned as we know what he can be like. But I am excited about this score — and the score from the grand prix [79.63%].”

Graves crafted the test, which carries a high degree of difficulty, for the 2014 FEI World Equestrian Games in Normandy when she was unexpectedly selected.

“I was thrown into the fish tank that year, so I studied all the other riders’ floorplans. And the music comes from Rudy, a football movie about an underdog kid,” said Graves, who admitted that she had actually arrived at the show without her music and had to have a new copy burned.

Although this was their third highest score ever, Graves will be changing the floorplan ahead of the CDI5* AGDF show (February 8-11).

“He’s such a clever horse that he guesses what’s going to happen, which is why we’re going to change it,” she explained.

Vilhelmson Silfvén had to ride in one of the rain squalls that passed over.

Bolero CXLVIII, a 14 Year Old Bay Stallion by Utrerano VII. /Competed at International Grand Prix by JOSE Daniel Martin Dockx in Spain and US. Finished 10th at the Spanish National Dressage Championships in 2016.) 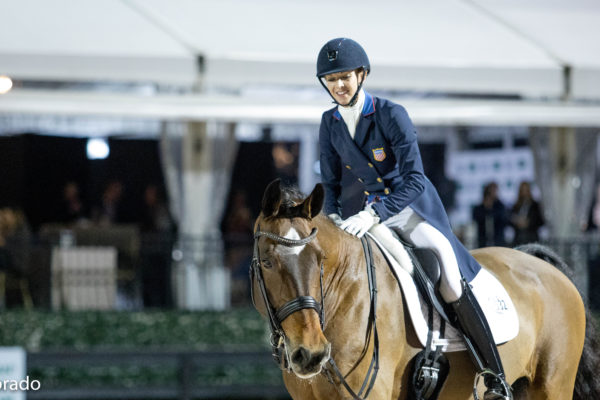 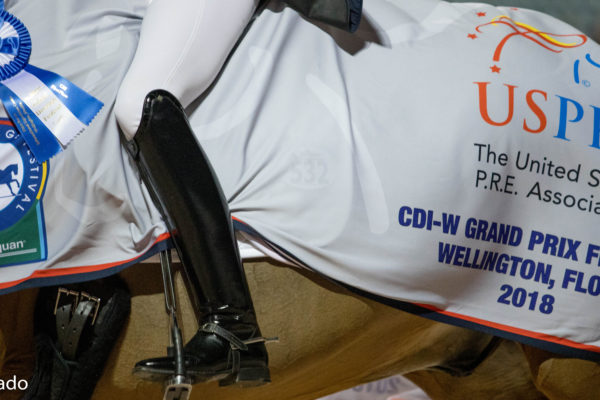 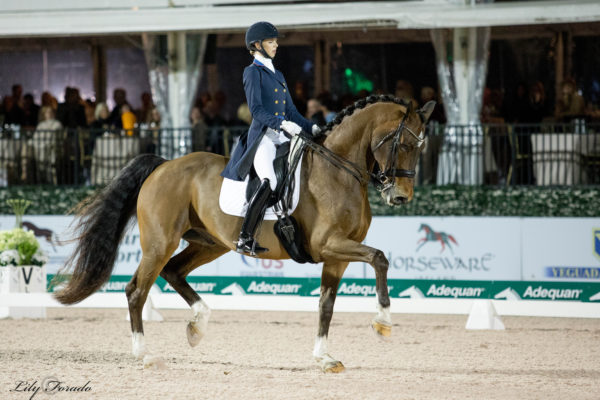 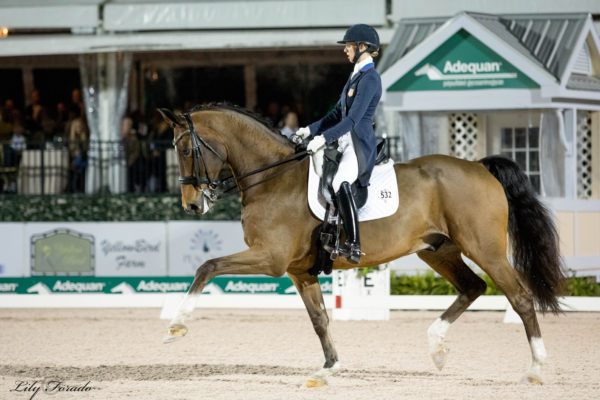 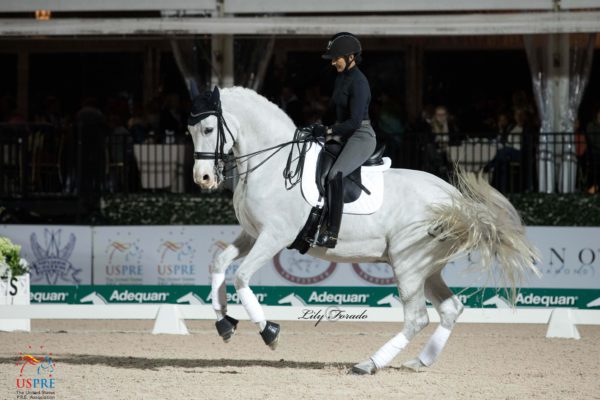 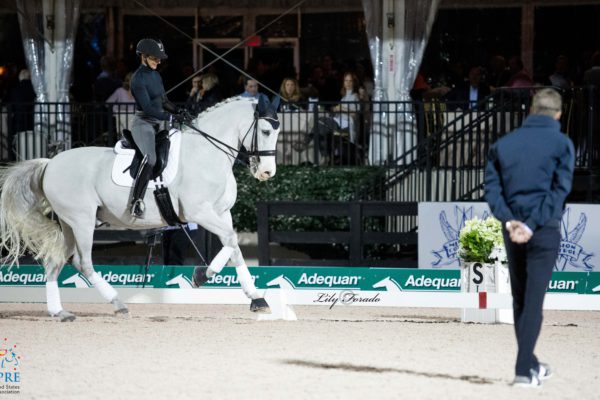 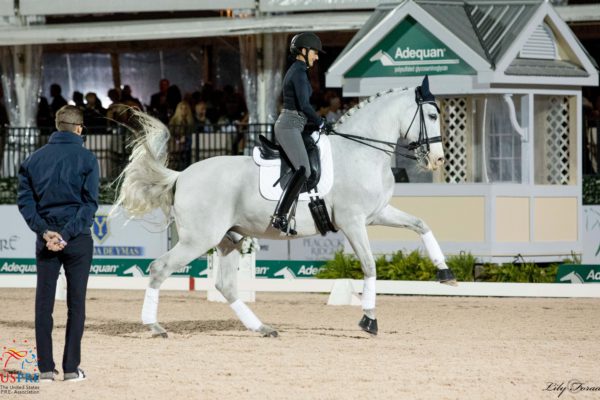 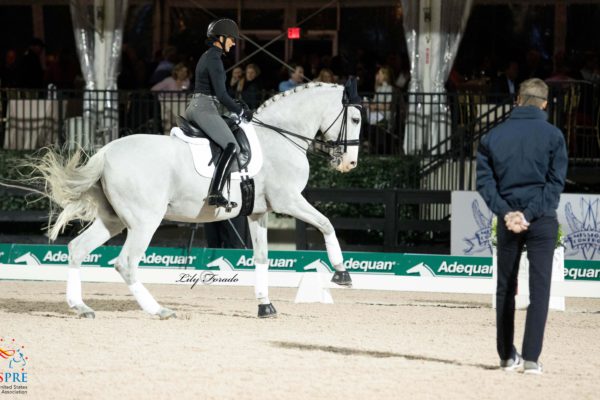 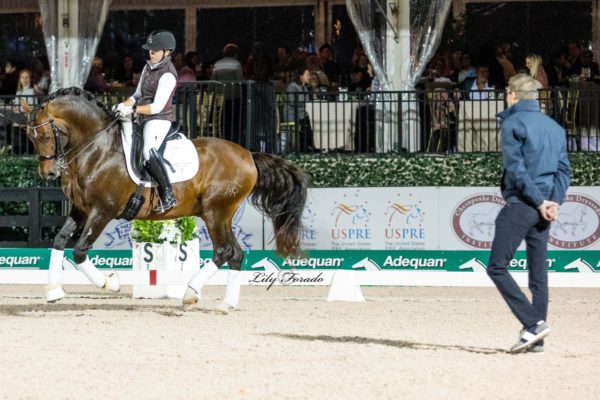 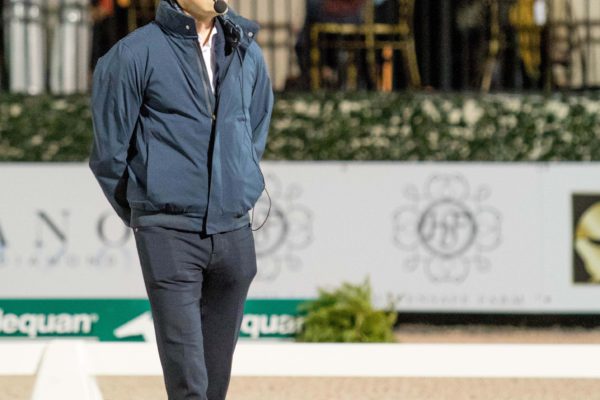 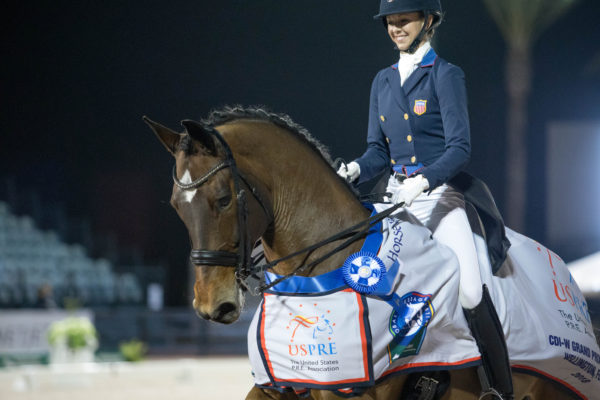